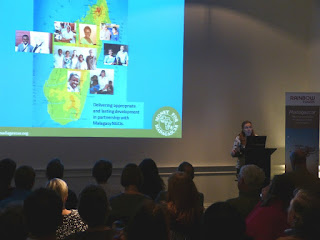 On Wednesday 25th November, an eager audience at the Royal Geographical Society were taken on a tour of Madagascar. This was not an average tour but a blend of the beautiful and the beastly, fantasy and reality, and the good work going on to keep this wonderful country and its inhabitants better protected.

The main speakers of the event were Hilary Bradt, who wrote the first English-Language travel guide to Madagascar in 1986, and Irenee Rajaona-Horne, our very own director of Money for Madagascar. 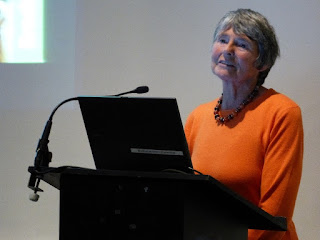 Hilary Bradt has gathered the outlook of a complete expert over her many years travelling to Madagascar, and both her talk – and her slideshow – were utterly enticing. We were shown nature’s most bizarre works, from the twig-nosed snake to the fingernail-sized Brookelia Chameleon. A lovely reminder at the end was Hilary exclaiming “I came to Madagascar for the wildlife, but it was the people who took my heart”. 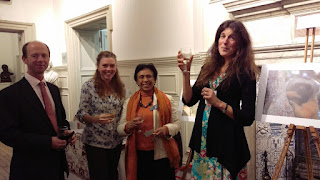 Now 1986 was a very good year, because it was also the birth year of Money for Madagascar – an organisation that has worked relentlessly for almost 30 years to help the people of Madagascar to enjoy better livelihoods through supporting local NGOs and their inspiring initiatives. Recognising the interconnectedness of all aspects of life, Irenee’s speech centered around how MfM has specialised in helping the most vulnerable (those living in biodiversity hotspots, isolated villages, and destitute children in cities) to work with the environment around them to achieve true sustainability and well-being. Indeed, she mentioned a study they conducted over three years with 49 Malagasy families, whereby on average those who had been involved with MfM had doubled their income over the time period. The message had been made clear by the participants themselves, she quoted: “the work of Money for Madagascar is essential”. 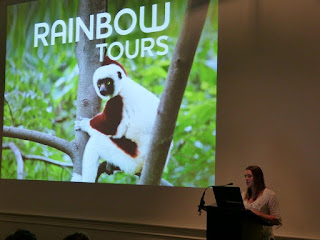 Irenee’s quick tour of the work MfM do was an encouraging addition to the evening, adding to the beauty in the wonders of Madagascar with the pivotal work being done to help all of those in need. Thanks to Rainbow tours for hosting the event that pulled these two important messages together and opened several eyes! 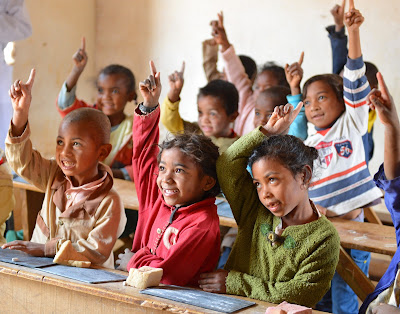 MfM is excited to announce a collaboration with the Northern Irish foundation Adsum to deliver a joint programme to 34 rural schools over the next three years. The new 'Education4Life' programme aims to improve the life prospects of Madagascar's children by enabling them to access a decent education, providing them with the thinking skills and practical knowledge required to support themselves and cope with societal challenges ahead.

The 'Education4Life' programme is designed to help communities overcome the major obstacles to educational success for Malagasy children :

Each participating school will benefit from: 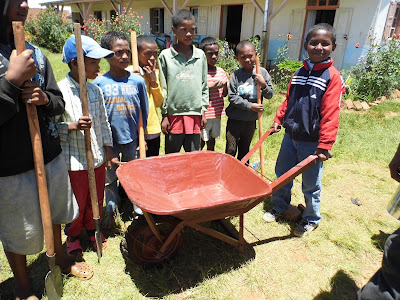 We are looking forward to seeing a huge improvement in the learning opportunities of children in communities with schools built by MfM and Adsum. Over the next few years 'Education4life'  will be equipping thousands of children to climb out of poverty .