As part of our ‘Stories from Madagascar’ series of articles where we look at examples of work carried out by Malagasy organisations which we work with, we visit the story of Nirina who was helped by Akany Avoko Faravohitra (AAF), a home for destitute girls which provides them with care, education and support. 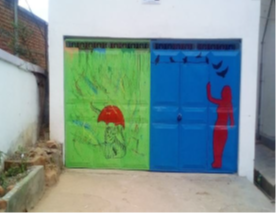 Nirina was arrested for marijuana possession when she was 17 and placed at AAF. Before that, she had lived her whole life on the streets. Her mother picked through garbage to make a living, and Nirina dropped out of school when she was seven years old to join her. Nirina was only 13 when she had her first child, and now she lives at AAF with her sons, four-year-old Norbert, and nine-month-old Tsiry. 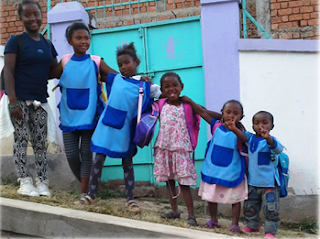 Thanks to AAF, Nirina feels safe for the first time in her life, and she is proud of the difference in how she parents her children now. The social workers at AAF taught her that it is good for her baby’s development if she talks to and plays with him, something she had never heard before. She learned to weave raffia at AAF and has become an accomplished artisan, but is facing a lot of uncertainty since she is now a legal adult. Her dream is to rent a small house near her older child’s school, and support her family with her handicrafts, but she needs financial support to begin living independently. 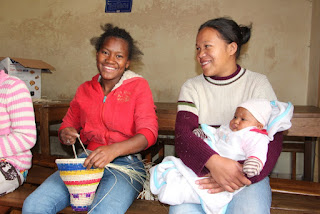 Centres such as AAF provide a life-changing experience for some of the poorest and most vulnerable people on the planet. However, AAF have found themselves in a situation where have been left unable to pay their bills or even buy food for the girls living at the centre until their next instalment of funding arrives in mid-August. Money for Madagascar is currently running an emergency appeal on behalf of the centre: please click here if you wish to donate to help Akany Avoko, Faravohitra stating that it is for the ‘AAF Appeal.’ Any donation, big or small, will be gratefully received.