In Madagascar, destitution among children is all too common. This arises from a number of reasons, including death of a parent, abandonment, or simply because the parents themselves are destitute and unable to afford the basic needs of their child. Children may find themselves living rough on the streets of Madagadcar’s cities where they are vulnerable to exploitation and may end up turning to petty crime or prostitution to survive. 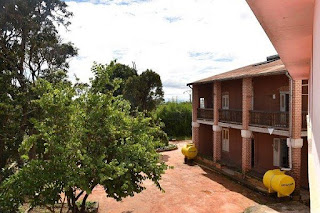 Money for Madagascar works with a number of childrens’ centres in Madagascar to help combat this issue. One such centre is Akany Avoko, Ambohidratrimo (AAA) located near the capital of Madagascar, Antananarivo. AAA provides a home for destitute children of all ages where they receive care, support and education. For older children they also teach them a skill so that they may sustain themselves independently in adulthood.

Mamy* arrived at AAA aged 15 with a three month old baby. She had been abandoned by her mother when she was small and was brought up by a woman who took her in. When they were unable to provide for her needs, she was sent to work as a live-in maid to survive. Here Mamy was mistreated by her employer and was fired after she became pregnant. This was when Mamy was referred to AAA. 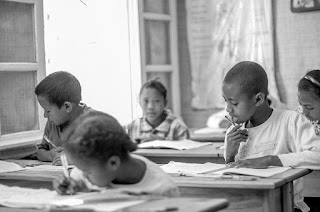 At AAA, Mami received psychological support to help her come to terms with the ordeal she had gone through. They also provided her with education, and support to help her care for her son. Mami is an intelligent person, and wanted to go to university. With AAA’s support she passed her baccalaureate and went on to study at University. Mami hopes to be able to support her son independently and in December 2017, she graduated from University with a degree in Nursing. She now volunteers at AAA, giving something back to the centre which supported her. 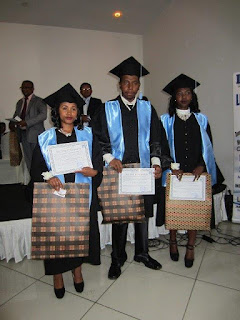 Mami’s story is all too common in Madagascar where poverty and destitutution lead to children being exploited or turning to petty crime to survive. Organisations such as AAA play a vital part in securing a future for children like Mami. As an organisation they rely on the generosity of donors to fund costs such as providing meals for the children in their care and to pay their staff. To find out how you can help children like Mamy visit our website, www.moneyformadagascar.org.

*Names have been changed to protect her identity.