To celebrate Theresa’s investiture and Christmas!


zest of 2 oranges and 1 lemon


Juice of 2 oranges and 1 lemon

The cake keeps well because it's so moist but I've never known it last to the next day!


a Merry Christmas and a Happy New Year!

Thank you for your interest, support and encouragement.


We have been reporting on the activities of Eenos Henno who is undertaking a sponsored motorcycle ride around southern and western Madagascar to raise awareness of MfM and its activities and projects.

So far Eenos has visited MfM Partners Sisters of the Good Shepherd (SOGS) and Akony Avoko Faravohitra. Below are a few pictures from his trip so far...

Money for Madagascar supporter Eenos Henno is currently undertaking a 5000km sponsored motorcycle ride around Madagascar to raise awareness of the issues which affect the Malagasy people. Along his journey around southern and western Madagascar, which is expected to last around 34 days and take in some of the most remote areas of the country, he will visit a number of projects and initiatives being run or supported by MfM. 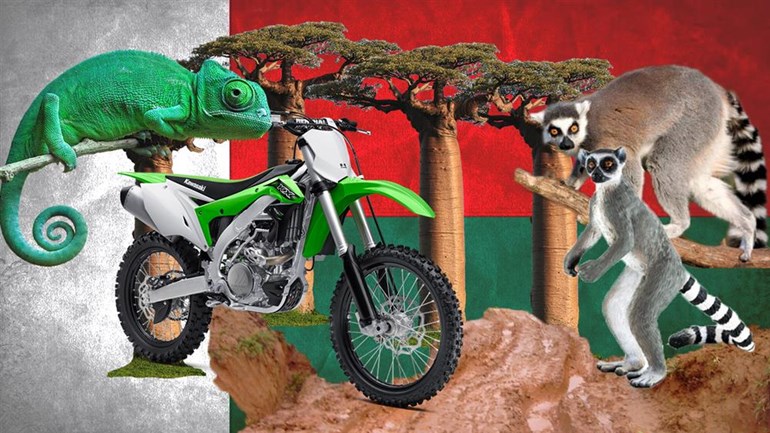 Eenos was motivated to take on this challenge after hearing about the plight of Malagasy children, many of whom are living in poverty. According to Eenos, “In the western world we take it for granted having access to clean water, food and education. These are the essential basics which allow us to create the future we desire. The Malagasy are one of the poorest people on earth, more than 70 percent of them are living on less than a dollar a day. Nearly half of Madagascar’s children under five years of age are malnourished. For children leaving school just staying alive is an increasing problem in Madagascar. An estimated two million children are working instead of receiving an education. Child labor is illegal in Madagascar but severe poverty makes it a survival necessity.”

Along the ride Eenos will be uploading footage to his video blog in order to raise awareness of the challenges which face the people who live in Madagascar, as well as the impact which projects such as those supported by MfM can have on their daily lives. He is also hoping to raise sponsorship which will be donated to MfM to support their work which includes helping lift families out of poverty, and assisting destitute children and vulnerable women and girls.

A small donation could make a big difference to Malagasy communities:
$10 provides one family with the technical support and materials they need to sustain in order to increase their rice production and grow vegetables and fruit trees.
$20 will help set up a family in fish farming or small scale livestock keeping.
$60 will help establish and maintain irrigation systems for a community.
$200 will provide a well pump to a remote village, ensuring their access to clean drinking water and improving the health of the community.

To find out more about Eenos' challenge, see updates and pictures from his journey and sponsor him visit this link.
Posted by Ed 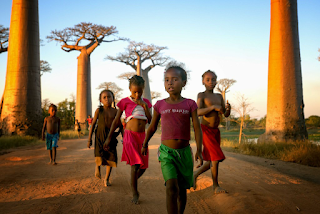 MADAGASCAR – WHY IS THE SEA RED?

Keswick Peace and Human Rights Group (KPHR) and Money for Madagascar (Charity No: 1001421) invite you to join us for this talk.
On this occasion we will remember Wendy Sougnez who died earlier this year and was a member of KPHR and a lifelong campaigner for peace and human rights.
Madagascar is best known to many of us as a tropical island unique in its flora and fauna. It is certainly this and a special holiday destination. But it is also a nation of extreme poverty, rapid deforestation, illegal export of precious resources and a population explosion.
Hear about the challenges facing the island’s people, the history of Quakers on the island and the inspiring way that Malagasy people work towards human rights for all.
There will be a crafts’ stall with cards, calendars, small handicrafts and information about alternative gifts.
A collection will be taken during the evening to support grassroots organisations in Madagascar through Money for Madagascar.

Please come to learn more about Madagascar, support our work and maybe do some shopping at our beautiful Malagasy craft stall!
Posted by Irenée

To begin at the beginning: way back in May I received an official envelope from the Cabinet Office saying that the Prime Minister, in strict confidence, was recommending that her Majesty “may be graciously pleased to approve that you be appointed a Member of the British Empire in the Birthday 2016 Honours List.”  To say I was amazed was an understatement: stunned, overwhelmed, gobsmacked would be more accurate.  I had no idea who had put my name forward – it certainly wasn’t the Prime Minister! My first thought, after I had got over my shock, was that I wanted nothing to do with Empire, and should refuse the honour on those grounds, but when I realised that the citation was “For humanitarian work in Madagascar” I decided that the honour was really for what WE, not I, had achieved in Madagascar and so I swallowed my empire scruples and accepted.  I had to wait a month before I could tell anyone but my closest family, and then six months before the investiture took place.

At last the big day dawned and, attired in our best, we set off in a taxi with a bright pink sticker that allowed the driver to take us right inside the Palace gates once his vehicle had been searched and checked for any bombs that might have been hidden underneath it.  Everyone was friendly and smiling, including the taxi driver who had never been asked to drive his taxi in to Buckingham Palace before, and had taken lots of selfies to prove the truth of his story when he got home.  Once inside the Palace the guests were taken off in one direction and those of us to be invested were taken to wait our turn in the picture gallery which was full of the most wonderful Rembrandts, Franz Hals and Canalettos. A handsome, gold-braided general instructed us how to approach the royal person (Prince Charles in this case), how to bow (yes - he also demonstrated how to curtsy!), how to address the Prince and how to withdraw.  We had some time to chat with the other recipients and I spoke to two delightful police officers, a lady who worked with families involved in domestic abuse, a young lady who worked for HMRC helping people who had hearing difficulties and a very jolly recently retired business man.  Then it all started and we watched on a TV screen while three people were knighted.  They really are tapped on the shoulder with a sword while they kneel on a stool, helpfully made with arm rests to help the not-so-agile regain a standing position with some degree of dignity.

Finally it was my turn: walk to the doorway where a helpful man tells me to wait, then a gentle push into the ballroom which is crowded with guests to the right and the Prince and his entourage of beefeaters, Gurkha soldiers and palace officials to the left.  Another man stops me a yard or so from the Prince, sees me still shaking with nerves and whispers “Don’t worry, I’ll let you know when to move. You just relax and enjoy yourself.”  Then the moment comes and I manage my curtsy and approach the dais.  Prince Charles is charming and instantly puts me at my ease, asks how long I have worked in Madagascar then gives me the chance to tell him that one of his houses is just five miles from where I live and we chat for a minute or two about the beauties of rural Carmarthenshire. A handshake is the signal for the end of the conversation and I retreat, just remembering in the nick of time to do another curtsy. After it was all over we spent ages in the inner courtyard of the Palace taking photos of ourselves with the incredibly friendly Gurkha soldiers and the Beefeaters in their magnificent costumes.  An altogether amazing experience.

We finished the day with a huge celebratory basket of chicken and chips at Victoria station, and then set off on our various ways home to Scotland, Wales and the North of England.  The Royal Family certainly knows how to lay on the pageantry and we all had a truly unforgettable day. A huge thank you to the anonymous person who first put my name forward and to all those who had any part in my receiving this honour.