Make a difference with your trip to Madagascar

Ash Dykes is a Welsh explorer and adventurer who recently became the first person to trek the length of Madagascar from south to north, taking in the Island's eight highest mountains on the way.He has been invited to speak at 10 Downing Street - twice, has been commended by explorers such as Bear Grylls, and was named UK Adventurer of the Year, 2015.


Ash has a keen interest in Madagascar, and completed his record-breaking trek there in order to support the Lemur Network, helping conserve some of Madagascar's unique wildlife. In order to allow more people to experience the rugged, untouched wilderness of Madagascar as well as raise money to help local communities and conservation projects, Ash has teamed up with Charity Challenge to offer individuals a once-in-a-lifetime, 12-day trek to Madagascar's second-highest mountain, Pic Imarivolanitra (also known as Pic Boby).

This trek, in late-October and early-November 2017, offers a chance to explore some of the most remote and beautiful areas in the world, and participants have can choose to support a number of different charities through this trek, including Money for Madagascar.


Of course, such an adventure is not for everybody. However, the fact remains that Madagascar is one of the most beautiful places in the world, and as such is increasingly becoming a tourist destination. However, the fact remains that the country is also home to some of the poorest people in the world, and its unique wildlife which makes it so special is under threat. An increase in tourism itself, while being beneficial to the Madagascan economy, also brings its own problems - not least the impact it has on the environment.

This is why Money for Madagascar is running a campaign to encourage tourists to Madagascar to give something back to this beautiful and special island. MfM can arrange visits to see the work of our partners working in Madagascar, and there are ways you can directly help such as:

We would also encourage visitors to make a donation to help our work with Malagasy communities, and efforts to conserve Madagasar's wildlife for future generations.

Back in February, Patricia Wright – a renowned primatologist and Anthropologist at Stony Brook University – visited Luther College, Iowa (both USA). This may seem quite ordinary between American academics, what makes this visit special then? – the subject. In her lecture and following events, Wright told of her personal love for Lemurs, her academic work in Biology and also how she had helped found Madagascar’s Ranomafana National Park. 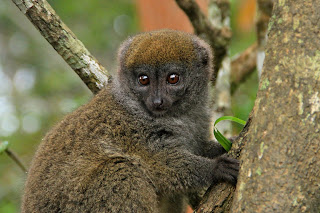 Professor Wright is acclaimed for conservation and biology in Madagascar, specialising in the social nature of Lemurs. In this lecture she highlighted how females play a central role in groups, also she explored the history of Lemurs in Madagascar and how they manage today – and of course, how we can help them survive.

The positives of this talk? Students claimed they had a greater sense of personal growth and were more aware of how sometimes seemingly small acts can make a big difference to countries like Madagascar.

Students heard of not only the immense work which Professor Wright has done, but also about the importance of getting a balance between supporting both the rainforests that the Lemurs inhabit, alongside solving social problems. Wright made it clear that to help maintain the unique natural environment, the local people must be taken into account and supported too. 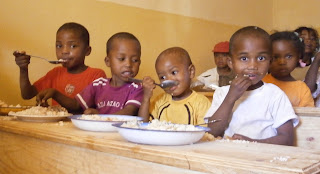 This is also the approach of MFM – supporting the local people - enabling them to survive, thrive and appreciate the unique landscape and species. MFM is proud to help provide some of the things which Wright stressed the importance of – such as health care, education, information and financial support to start alternative livelihoods.


If you would like to know more about the work of MFM, or if you could make a donation which would help make a direct impact on both the lives of the Malagasy people and the Lemurs that they live alongside, please visit:
https://www.moneyformadagascar.org

The Lemur: Madagascar's most famous resident!

Madagascar is the home to many amazing species of animals and plants, so much so that around 75% (1) of species are unique to Madagascar. Many of these species inhabit the remote rainforests, mostly on the east coast. Due to the difficultly in locating, accessing and studying the ecosystems of Madagascar, one thing is certain - there is always something new to learn! 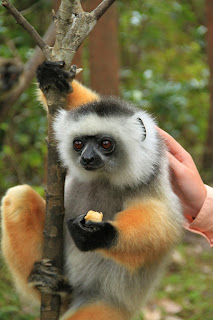 Now, if there is one inhabitant of Madagascar which has captivated many - yes, it is the lemur! There are currently around 60 ‘known’ species of Lemur (not to mention sub-species), and the latest news is that scientists discover yet another species of one of Madagascar’s favourite inhabitants.

In the North, a new species has been found and named the ‘Sheth’s Dwarf Lemur’- after Brian Sheth, a prominent conservationist. This has been a surprising discovery as most Dwarf Lemur species have been found predominantly in the eastern rainforests.
https://news.mongabay.com/2017/02/new-species-of-dwarf-lemur-discovered-in-madagascar/ Mongaby.com 07 Feb. 2017

Some interesting facts about this lemur? It is predominantly nocturnal and certainly small – around 16 - 17 cm long with a 16 cm long tail. It weighs only around 100 grams (2). This is also the ninth known species of Dwarf Lemur (3).

There are many details about this genus to clarify, and much work still to do. The Sheth’s Dwarf Lemur is fortunate – inhabiting protected areas bordering two national parks. The scientists who made this discovery though, were quick to mention that it is crucial that these areas are supported and remain ‘reserved’.

Money For Madagascar is acutely aware that to help the environment of this unique country, the people must be considered too. When the hungry or poor can find no other way to survive, then the  forests and wildlife become their main resource. So, Money For Madagascar works to ensure that people can survive without needing to exploit the land. Alongside this, MFM also plays an influential role in conservation itself – replanting forest corridors which the lemurs inhabit, and supporting communities that live around the forests, ensuring they get what they need without turning to the environment to survive.

If you would like to know more about MFM’s work, both to help the Malagasy people and to preserve this unique land, please see our website - https://www.moneyformadagascar.org,  our blog - http://moneyformadagascar.blogspot.co.uk/ ,
or consider making a donation – any money you give will go straight to those who need it, ensuring Malagasy people have less need to exploit the rainforest to get their daily needs.

75 year old Money for Madagascar Patron Hilary Bradt is running two 10 kilometer runs to raise money for MfM, in Bristol on Sunday 7th May, and in London on the 29th May. As well as her patronage of MfM, Hilary is the author of the renowned Bradt travel guide books, and her guides to Madagascar are considered the authoritative guides to the country. With this keen interest in Madagascar, it only makes sense that she would want to raise money to help those who live there.


Hilary has previously raised money for Money for Madagascar by running the London 10k and the 10 mile Great South run five years ago, at the age of 70. Hilary described how she considered this feat to be "quite impressive" at the time and seems upbeat about the latest challenge, but admits that there is "no hope" of getting fit in time for the impeding Bristol run.


Hilary is accepting donations via Justgiving, where there are more details about her run, and all money raised will be used to help some of the poorest people on the planet. MfM would also like to wish Hilary the best of luck with her endeavor and thank her for her ongoing commitment to supporting the Malagasy people.