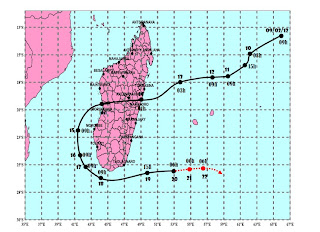 On the 14th of February 2012 cyclone Giovanna blasted into Brickaville on the East coast of Madagascar ripping down trees, schools, churches and homes as well as flattening electricity and phone lines in its wake.

Most cyclones fizzle out before reaching the capital Antananarivo, in the highlands of Madagascar.But not this time! As torrential rain flooded roads, homes and businesses.. 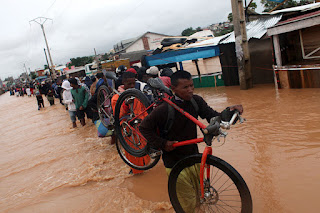 .. and winds ripped at roofs 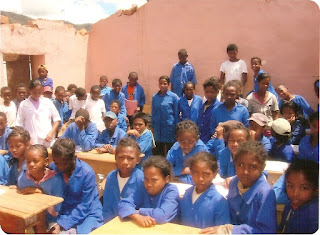 …there was little hope for the make-shift shelters which were home to Madagascar’s poorest people. 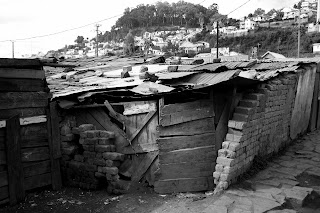 According to the Bureau National De Gestion Des Risques et des Catastrophe by the time Giovanna surged out to sea at Morondava it had killed 35 and injured 256 people and left 241,597 people homeless and disaster-stricken. The devastated country had hardly drawn breath when cyclone Irina struck on the 26th of February killing at least 72 people and rendering another 70,000 homeless.

Now is the time to help survivors to rebuild their lives. Our partners at Vonjy Voina SAF/FJKM are experienced in delivering disaster relief and reconstruction to Malagasy cyclone victims. So Money for Madagascar has launched an appeal to help them in this vital work. The more money we can raise the more people they can reach.