I didn’t wet my pants for nothing 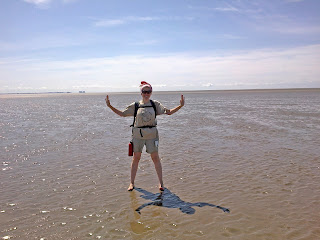 As the 2013 MfM Stride into the Tide approaches, let me bring you up to speed on the wild wade of 2011 and what it achieved.

The last Bay Walk raised over a thousand pounds which was sent to Madagascar in October 2011 to help children in prison. The children in Toamasina prison had no education and very poor food. The money raised was used to fund a programme to teach the children to read, write, grow food in raised beds, and also to provide some toys and balls so they can play. 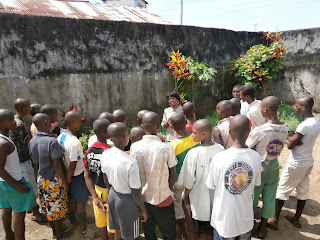 First attempts at breeding worms for fertiliser were a failure as the prison rats ate the worms! Lessons were learned and new rat-proof worm farms started. For the boys’ sake we’d dearly like to get rid of the rats but that’s another story! 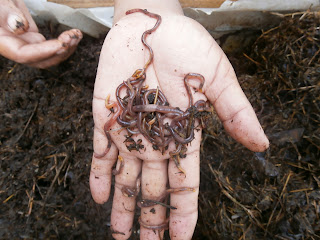 The pilot programme funded by our epic wade proved very popular with the boys and prison staff alike, but also raised awareness and hope of how much more could still be done to make a lasting impact on the lives of the boys in Toamasina prison. Thanks to this proof of concept MfM was able to use the success of the first year to secure a grant from Avonbrook to fund a second year of this programme. In the second year of the programme the boys have received individual counselling to help them prepare for life beyond prison. They have continued to develop their vocational skills in horticulture skills and worm farming, and they have started to generate a small income through the propagation of Comfrey for medicinal use. 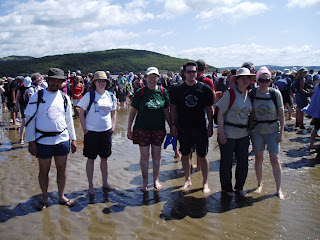 If 6 waders could raise enough to transform the lives of 60 desperate boys in 2011 then just think what 100 waders could achieve on July the 14th 2013 as they stride with the Queen’s Guide across 8 miles of quick sands on Morecambe Bay! This year we'd like to raise funds to provide education and hope to mothers and infants in prison, and schooling to children with special needs. For those who find it hard to cross their legs as they cross the 8 mile expanse with no amenities, you might like to spend a penny or two to help us build toilet facilities for Malagasy school children who are currently 'dying for toilet'.

Whether you want to roll up your trousers or sponsor from afar we would love you to get involved. To join the walk contact irenee@moneyformadagascar.org
To sponsor us online go to www.JustGiving.com/teams/BayWaders  or contact MfM direct.

For more details about what to wear and how to get there etc see our events page
http://moneyformadagascar.blogspot.co.uk/p/events.html