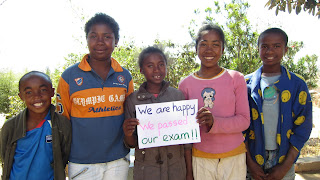 The bravest and most remarkable heroes of our work in Madagascar are the children who grasp hold of life and turn destitution into success. Like these students from the Akany Avoko primary school who have defied destitution and passed their Primary School Certificate exam this month. Their strength, ingenuity, determination and joy is inspiring. (All eleven students passed but only 5 are captured on photo.)

But in order to help such courageous people MfM needs another ingredient – money. You might think this is the dull and boring bit of the story. On the contrary! Let me take you behind the scenes to meet some of MfM’s unsung heroes, who show us that there can be joy and ingenuity in the raising of the money too. 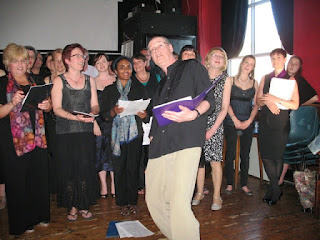 The turn of the Millennium was a time of change and new hope. Least Developed nations like Madagascar prayed that campaigns like Jubilee 2000 might free them from the stranglehold of crippling debt. Meanwhile in Lancaster, UK composer Andy Whitfield gathered a merry band of singers to form the Lancaster Millenium Choir. But it wasn’t until 2004 that this Choir would become part of the Malagasy struggle against poverty.

As part of a teacher exchange between Lancaster Girls’ Grammar School and Akany Avoko Children’s Home Andy was invited to spend two weeks sharing songs with the delightful children of Akany Avoko. As Andy learned about the tragic stories behind the joyful faces of these children he was deeply moved. On return to the UK he composed the cantata ‘For Every Child’, based on the International Convention of Children’s Rights interwoven with quotes from the children at Akany Avoko.

Joining forces with primary schools and music ensembles the Millenium Choir
raised their voices to perform ‘For Every Child’ for the children of Akany Avoko. Soon concert halls, schools and churches across the North of England could be heard singing out for children’s rights and raising money to help restore them. 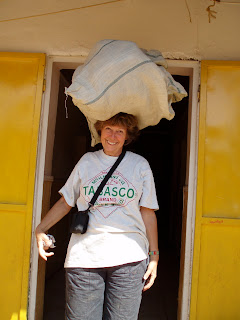 After 3 years of singing for the children of Akany Avoko Millenium Chorister Maggie Bremner decided to pack a bag and join them as a volunteer. A few months of cuddles, snotty noses and teaching toddlers to walk was enough to fuel Maggie and the choir to keep on singing for another five years, dedicating the profits of each concert to Akany Avoko.

This year’s fundraising events included ‘Frankenstein Sings’, carol singing at the Ingleborough Caves, a production of The Loan Ranger at the Gregson in Lancaster in May and an appearance at the Tongue Tribe Summer Concert in Kendal Town Hall in July.

The Millennium Choir will always have a special connection with the children of Akany Avoko, but Andy recently agreed to extend their help to destitute children beyond the walls of Akany Avoko by supporting the new ‘Money for Madagascar Children’s Fund’. Whilst Akany Avoko is only large enough to care for 120 children, thousands more remain destitute and vulnerable on the streets of the capital. This fund is born out of the desire both of Akany Avoko and MfM to extend a lifesaving chance to more of these children. 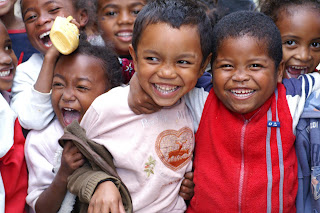 MfM would be nothing without our joyful, steadfast fundraisers like
The Lancaster Millenium Choir. Your donations have transformed the lives of hundreds of children in Madagascar. THANK YOU!